A couple of major news stories popped up on my laptop screen this morning. First, 'Libya protests: Gaddafi embattled by opposition gains'. Second, 'Oil prices climb to fresh highs'. Of course, the two are very much interlinked. 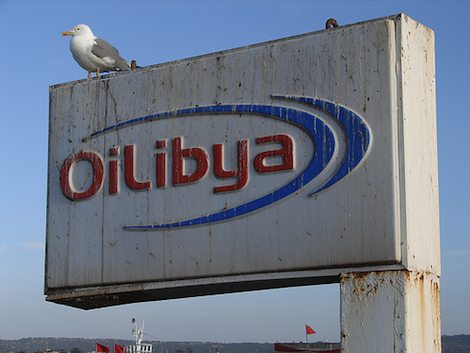 Libya accounts for 2% of the world's oil output 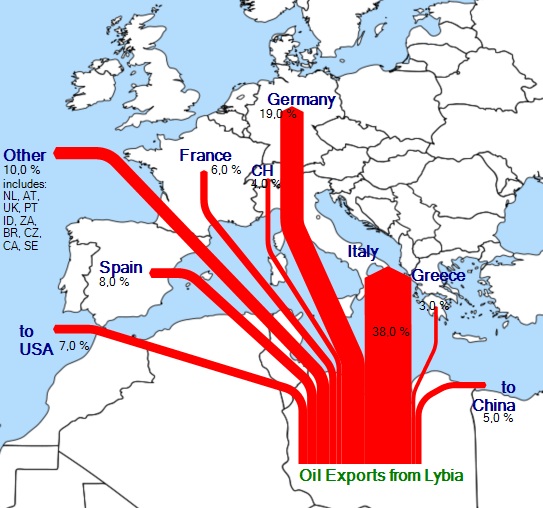 The Libyan dictator seems to be dug in for one last stand against the opposition. Despite sending in the army, southern African and Italian mercenaries, and even the air force, Gaddaffi appears to have lost control over much of the North African nation, which he has ruled since 1969.

Libya accounts for 2% of the world's oil output, but the oil price has climbed by far more than that since the working class-led uprising began. An article in yesterday's Financial Times partly explained this discrepancy:

"The reservoirs beneath its desert landscape yield crudes that are easily refined into diesel and petrol and also low in sulphur, making them cleaner to burn. Opec, of which Libya is a member, has adequate spare supplies to replace the country's lost production – but the quality is mostly inferior."

But the potential threat of the rebellious 'contagion' spreading to Saudi Arabia is arguably more significant. "No one knows where this ends", a director at Barclays Capital, told the New York Times. "A couple of weeks ago it was Tunisia and Egypt, and it was thought this can be contained to North Africa and the resource-poor Middle East countries. But now with protests in Bahrain, that's the heart of the gulf, and it's adding to anxieties."

Not coincidentally, Saudi King Abdullah returned to his country yesterday, following three months in the United States and Morocco, where the eighty-seven year old has been undergoing urgent medical treatment. Upon arrival, he announced a $36 billion social spending programme. Such measures are transparently intended to head off a revolutionary upsurge in the world's number one oil producing nation.

Despite the recent upheavals in Tunisia and Egypt, the US retains a large element of control over both nations. Though Ben Ali was forced out of Tunisia, US placemen remain in power. Similarly, Hosni Mubarak has been replaced with a military junta in Egypt, and the US has long-standing ties with that country's armed forces. This is not the case in Libya, however.

On coming to power over forty years ago, Gaddaffi portrayed himself as an anti-imperialist figurehead who would pursue policies independently on the old colonial master Italy, and the newer regional powers of the US and Israel. He nationalised US-owned oil exploration projects, and threw the Americans out of a strategically important air force base. By the 1980s, the Reagan administration was in full attack mode, painting Gaddaffi as the "the mad dog of the Middle East", shooting down Libyan planes and ships, and bombing Tripoli and Benghazi. It was in this context that the plane bombing took place above Lockerbie in Scotland.

However, falling oil prices drew Gaddaffi back into the orbit of US imperialism in the late 1990s. He used the occasion of the 9/11 attacks to openly start talks with the Americans and the British, and he was officially welcomed to the fold by Tony Blair in 2004. Since then, Blair has been linked with Gaddaffi on several occasions, most notably in smoothing the way for oil deals with BP when he was Prime Minister, and representing US investment bank JPMorgan Chase after leaving office.

No doubt, American military and secret services have penetrated Libyan authorities to some extent, but they have not had the time to cultivate the kind of relationships the US continues to enjoy with the Egyptian and Tunisian elites. Also, there will be no reliable 'safe pair of hands' in the opposition, because organised opposition barely exists in Libya. If and when Gaddaffi loses his grip on power, it is difficult to imagine who will take over.

Bearing all this in mind, it's a very worrying sign that Barack Obama implicitly threatened a military intervention last night, when he commented that he'd asked his administration "to prepare the full range of options that we have to respond to this crisis". Secretary of State Hillary Clinton had already asserted that: Washington would examine "all possible options" and "everything will be on the table".

If some combination of western forces are unleashed on Libya, it will be to guarantee that the oil keeps flowing to Europe. Though it would no doubt be dressed up as a humanitarian intervention, humanitarian concerns would be irrelevance compared to the dollar, and attempts to maintain US hegemony in the area. The international working class remains the only force that could defeat western imperialism, and organise a sane society on the basis of human need, not profit.

Spirit Of Squatters Collective : This is solidarity action (like most of our videos). The solidarity is stronger when it is seen by as many people as possible.So...Please use it ! Pass this info to everybody who could be interested !!!
Feel free to embed,link it,send it,screen it etc. Use it=don't loose it. Reclaim the media with us !

http://ourmediaindymedia.blogspot.com
OR EVEN BETTER YOU CAN OFFER US WORK.Thanks !!!
WATCH!
READ!
THINK!
REALIZE!
TALK!
COMMUNICATE!
LISTEN!
DEFEND!
DESTROY!
CREATE!
CHANGE!
GET INSPIRED!
RECLAIM MEDIA WITH US!
JOIN US!
FIGHT FOR YOUR RIGHTS!
LOVE !!!
SQUAT!
Autor: Michal Tantra o 10:48 AM

If you think it is important and worthwhile what we are doing, please donate some money. This can help us find more time and improve our activity. Thanks! NL92TRIO0390212989 in Triodos ethical bank or