Budrus.Questions to Director Julia Bacha and Activist Jonathan Massey at IDFA. Video + info about the movie and festival

It takes a village to unite the most divided people on earth.

Budrus is an award-winning feature documentary film about a Palestinian community organizer, Ayed Morrar, who unites local Fatah and Hamas members along with Israeli supporters in an unarmed movement to save his village of Budrus from destruction by Israel's Separation Barrier. Success eludes them until his 15-year-old daughter, Iltezam, launches a women's contingent that quickly moves to the front lines. Struggling side by side, father and daughter unleash an inspiring, yet little-known, movement in the Occupied Palestinian Territories that is still gaining ground today. In an action-filled documentary chronicling this movement from its infancy, Budrus shines a light on people who choose nonviolence to confront a threat.  The movie is directed by award-winning filmmaker Julia Bacha (co-writer and editor of Control Room and co-director Encounter Point), and produced by Bacha, Palestinian journalist Rula Salameh, and filmmaker and human rights advocate Ronit Avni (formerly of WITNESS, Director of Encounter Point). Read more information about the crew and cast.

While this film is about one Palestinian village, it tells a much bigger story about what is possible in the Middle East. Ayed succeeded in doing what many people believe to be impossible: he united feuding Palestinian political groups, including Fatah and Hamas; he brought women to the heart of the struggle by encouraging his daughter Iltezam's leadership; and welcoming hundreds of Israelis to cross into Palestinian territory for the first time and join this nonviolent effort. Many of the activists who joined the villagers of Budrus are now continuing to support nonviolence efforts in villages from Bil'in to Nabi Saleh to Sheikh Jarrah in East Jerusalem.

Budrus includes diverse voices-- from the Palestinian leaders of the movement and their Israeli allies to an Israeli military spokesman, Doron Spielman, and Yasmine Levy, the Israeli border police captain stationed in the village at that time. While many documentaries about the Palestinian-Israeli conflict either romanticize the notion of peace, or dwell entirely on the suffering of victims to the conflict, this film focuses on the success of a Palestinian-led nonviolent movement.

In a keynote address immediately following the world premiere of Budrus at a Gala screening at the Dubai International Film Festival in December 2009, Her Majesty Queen Noor Al Hussein of Jordan praised the film, stating that Budrus: "Gives an enormous amount of hope... It's a story which will have an impact and can help bring [about] change."

Budrus received the Panorama Audience Award, Second Prize, at the Berlin International Film Festival in February 2010. It will be screening in world-renowned festivals around the world throughout 2010. Visit our Events page to find it in a theater or festival near you. For information regarding the rights of the film, and how to bring it to your community, visit the Budrus FAQ.

Just Vision has been laying a foundation for the strategic outreach campaign that we will launch in conjunction with Budrus by reaching out to a wide range of journalists, influential figures, community leaders, policymakers, students and educators in order to ensure that the film is seen, covered in the press as well as incorporated into community and educational programming. 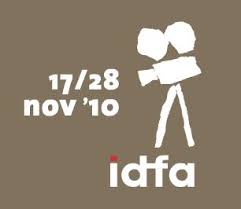 Documentary festival IDFA already started. There many interesting movies are shown. Many interesting debates,speeches, events are happening. For those who can afford tickets we have good news. Almost every evening in Escape Launge at 21.30 its surprise movie showed. Many debates and talk shows are also free!
more at www.idfa.nl
Film program
IDFA is unique for its international film program, the variety of genres, its politically committed program and the many European and world premieres featured each year. Add to that the presence of many filmmakers, sizeable audiences, all the discussions and debates, workshops, masterclasses and the experienced staff, and it's no wonder IDFA is the pre-eminent festival for creative documentaries.

Creative documentaries
During IDFA, creative documentaries take centre stage. This means that IDFA chooses films which express the filmmaker's point of view in a creative and cinematic manner. The selection takes place on the basis of clear criteria. IDFA searches for documentaries that are cinematically intriguing or innovative, are relevant or highly topical to society at large, and stimulate the viewer to reflect, discuss and ask questions. IDFA strives for an international, diverse, topical and politically committed programme.


Spirit Of Squatters Collective : This is solidarity action (like most of our videos). The solidarity is stronger when it is seen by as many people as possible.So...Please use it ! Pass this info to everybody who could be interested !!!
Feel free to embed,link it,send it,screen it etc. Use it=don't loose it. Reclaim the media with us !

http://ourmediaindymedia.blogspot.com
OR EVEN BETTER YOU CAN OFFER US WORK.Thanks !!!
WATCH!
READ!
THINK!
REALIZE!
TALK!
COMMUNICATE!
LISTEN!
DEFEND!
DESTROY!
CREATE!
CHANGE!
GET INSPIRED!
RECLAIM MEDIA WITH US!
JOIN US!
FIGHT FOR YOUR RIGHTS!
LOVE !!!
SQUAT!