We call for a demo on on Saturday 18/2 14.00 at Beursplein in Amsterdam to express our solidarity to the people in Greece. 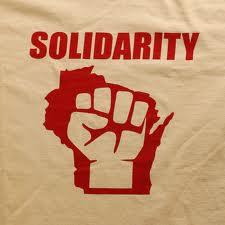 Solidarity call
February 13th, 2012 | Add a Comment
The society belongs to the people and not to the banks.

GREEK PEOPLE DO NOT WANT ANY OTHER RESCUE PLAN

Yesterday, the Greek Parliament approved the new austerity packaged that forces the people in to the misery in order to save the European banks. Under the pressure of the EU, the European Central Bank (ECB) and the IMF, and at the joy of the bankers all over Europe the Parliament decided to reduce the minimum monthly salary to 480 euros (435 for young people), the unemployment benefit to 369 euros, cut down pensions, privatize health care and education. The priority of the state will no longer be to ensure a decent living to the citizens of the country but to serve the debt towards the domestic and international creditors. The new 'rescue'-plan for Greece is actually a rescue plan for the European banks. The northern European tax payers will be forced to provide another 130 billion euros to serve the Greek sovereign debt. This money will end up directly to the European banks and will be never returned to the people. As the previous rescue-plans, the new plan is only meant to fail and take along into the path of destruction, the Greek people but also the European pension funds and the state finances of the rest of the Eurozone-countries.

The Greek people took the streets yesterday in hundreds of thousands to fight the decisive battle against their enslavement to the bankers. The puppet-government of the banker Papademos does not enjoy the support of the people. The brutal and unprovoked attack of the security forces against the massive demonstrations proves this.

We want austerity to stop all over Europe and the rights of the people to prevail against the profits of the bankers.

We make this call for 14.00 on Saturday 18/2 at Beursplein in Amsterdam to express our solidarity to the people in Greece.
REinFORM