Call to support the struggle in Calais

All squats and camps will be evicted in the next few days!

On May 27th, the three main camps of Calais will be destroyed by the police. More than 600 people live in these camps, which were won through constant migrant struggle after a long series of evictions. No solution has been proposed for the evicted migrants. Moreover, a social center and two further squats are up for eviction starting on May 30th. All told, more than 800 people will be put on to the street. 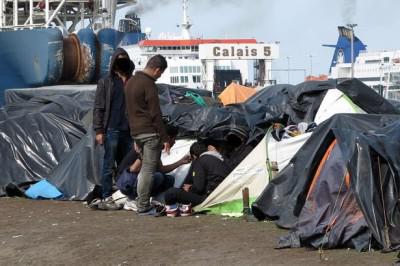 In this stopping point on the way to England, squatting is the only housing solution that exists. It is also a tool of resistance for migrants to protect themselves from violence and police harassment in the camps and in the city. Today, the mayor of Calais's fight against squatting has reached a new low. This time she has proposed a law which would change the 48 hour period in which squats must be evicted (which is not officially set down in French law). We know very little about the content of this law, only that it will attack the right to housing for all. The entire future of squatting in France is endangered by this law.

We call all squatters to take action in their own cities to defend themselves from this grave threat to the right to squat. Moreover, we call all squatters, activists and militants to come fight this law where it was born: here, in Calais!

We call everyone to come and resist these evictions and to squat more empty buildings in Calais.

We call everyone who believes that after years of constant evictions with no solution for housing the migrants, this game of cat and mouse must end.